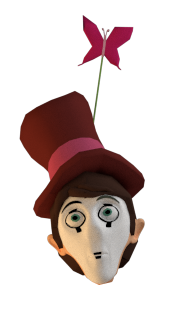 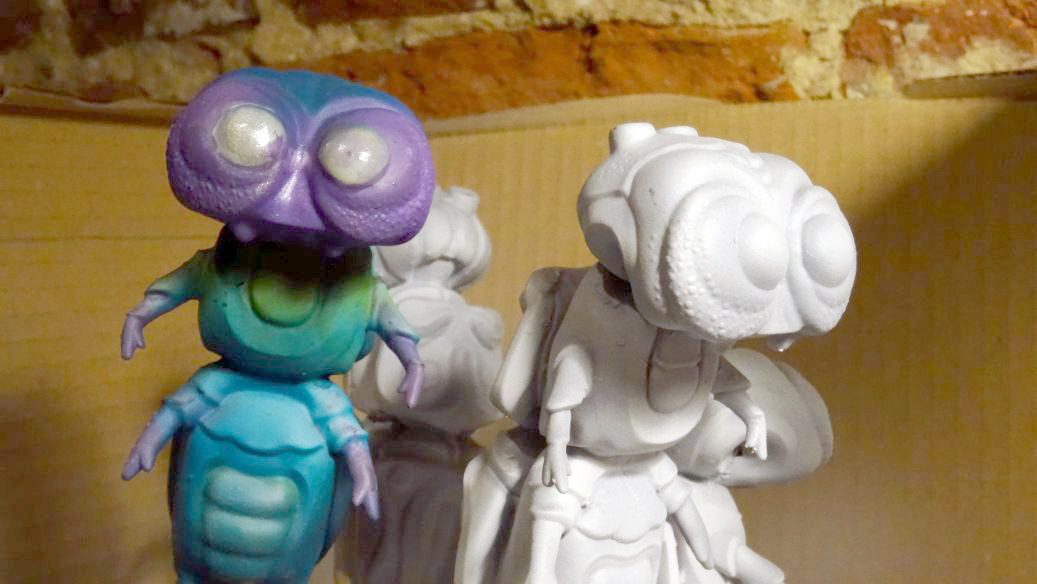 It's been some time coming, but over the next few weeks we're aiming to produce our rainbow bug figurines in larger volume then just the odd prototype here or there. We've "heavily" invested in a new airbrush machine and have printed out a small batch (five at first) of the same rainbow bug which we're planning to finish up in different color schemes.

Once that part is completed, the next step is to create a few "maquette" or "vignettes" of different rainbow bugs in a fun and interesting setting, a bit like a single panel comic strip. We've gathered a small shortlist of candidate scenes and hope to upload them to the site as the Bologna Fair gets closer.

That's right, we're hoping to show these off as well on our visit to the Bologna fair end of next month. We'll post an update to the site to show how we're getting along, but for now I have to rush as the base coat is almost dry!